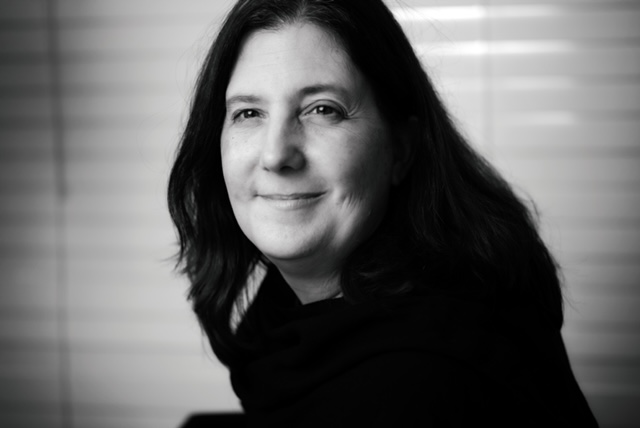 Amy Dine is an economist and an advisor in shareholder engagement. She formerly managed Terra Alpha’s advocacy efforts, primarily focused on broadening corporate disclosure of natural resource use and improving Environmental Productivity. Amy previously ran Capital International’s Environmental, Social, and Governance (ESG) research and engagement for institutional business, where she oversaw $15 billion in assets with an ESG mandate. Amy has been a member of Terra Alpha’s Advisory Board since 2018 and additionally serves as Shareholder Engagement Advisor to the firm.

You were an economist at Capital – how did you get involved in sustainable or impact investing?

When I was based in the London office back in the ‘90s, there was no role at Capital yet that specifically looked at environmental and social governance issues as a cohesive area that deserved attention. Yet, more and more of the European-based institutional clients, particularly pensions, were asking what we were doing and how we were addressing it. And so I got to be that person.

That brand-new opportunity was exciting, but it was also nerve-racking and totally overwhelming because there was no data, no model of how to do it. And I will say, I had more than one person literally come into my office and close the door, like, “What are you doing? This is a career killer. Why are you even touching this?”

How did you see it, at the time?

I thought that it was so important – and I was curious. And I knew that I had the backing of people in very high points in the firm. But the hard part was creating quantitative arguments for why these areas were important for companies to look at, let alone why as investors we should be considering them.

Was most people’s sense that it was more of a good thing morally, as opposed to economically?

Exactly, that it was the morally correct thing to do. That said, there were definitely industries – the insurance companies, I would say, were the first to try to start putting a dollar figure on the impacts of climate change and the importance of considering it.

And a slow but growing cohort of people started to talk about it. Actually having an analyst mention one of these issues in a call when they were presenting their research felt like a huge accomplishment. It wasn’t widespread, but it started to happen. And the first time that I actually flew out in that role to meet with a U.S. institutional client – a California-based pension firm – was a big deal. But the real wave of how things shifted in the last 10 to five years was even a bigger leap.

What changes have you seen in terms of attitudes, in terms of what’s happening in the field.

Well, suddenly, in the asset management business it’s the competition. There’s more real, deeper involvement, engagement, and lots of products that didn’t exist even five years ago. Seeing where some of these bigger firms have evolved to has been a big shift. From BlackRock, to multiple private equity firms, that actually having a real, dedicated effort to thinking about these issues for their portfolio companies that is much more robust. And, on the investor side, there’s more reception of the idea that it makes sense as a strategy, not just as an extra nice-to-have. That it actually can really be added into the rigor of the investment process. It can make for stronger long-term investments as well.

I feel like the original role that I had 20 years ago when I was a dedicated person who looks at these issues and, frankly, tries to push it down the throat of their more mainstream peers, that will go away. It needs going away. And I think Terra Alpha models how having ESG people down one hallway, and the real investors on another, doesn’t exist anymore. There is a melding where all this information in these areas will simply be part of doing good research on deciding about investing in a company. That it is just part of what you look at. It’s part of your checklist. Did you look at this? Did you consider this? Have you looked at the cash flow? Did you also look at some of their social issues? Frankly, I think the “[ESG] industry” goes away and it simply is part of good research that’s more rigorous.

Given the magnitude of climate issues, do you feel a sense of urgency in this work?

I think the past four years wonderfully forced companies who had already started to think, Oh, wow, if we put a plant somewhere, and it gets flooded, that’s a bad business decision, to continue along the path of getting these issues into their DNA, almost. And they’ve done it in the absence of any U.S.-led public policy support. That, I think, has been a good reminder that private entities, i.e., companies, corporations, can change their behavior in ways that impact the Earth.

The train cars are loaded and are moving, and hopefully, with increased public policy support, we can slow how the Earth’s oceans are rising.