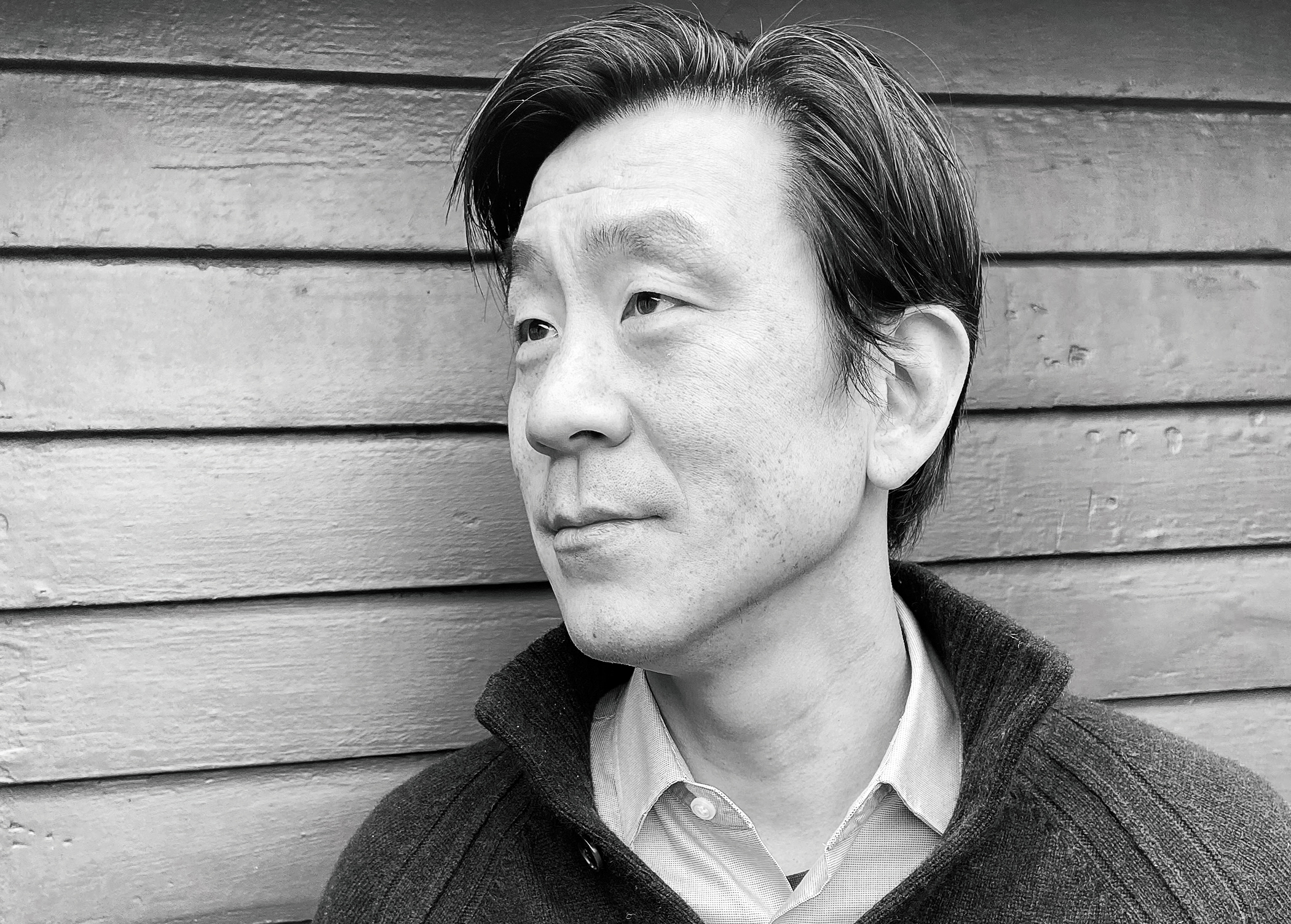 For 20+ years David has been tackling global climate challenges as an investor, innovator, and White House executive. In the Obama White House, he helped guide the nation’s sustainable investing and infrastructure efforts, including supporting Tesla and many of the largest renewable projects in the world. His work as a multi-asset investor in Beijing, London, and New York include Generation IM and the launch of a $170B Chinese energy efficiency public private partnership at the World Bank. David is an active Board Member for climate businesses and NGOs, as well as a speaker and writer featured at the Wall Street Journal, Council of Foreign Relations, SXSW, and World Economic Forum. He will soon be joining a global finance firm as a managing director helping lead their energy transition work. David is also a member of the Terra Alpha Advisory Board.

How did you get into impact investing and VC in the first place – I think you started out as an environmental intern?

I was an idealistic kid who really wanted to protect the planet. And I met a great man and mentor named Brock Evans, a legendary conservationist. He channeled my career ambitions away from being an environmental lobbyist, saying, You should work in Wall Street where you can have more impact on climate.

What was your reaction at the time?

I really respected him, and his advice became my career north star. The funny thing is that as I look back now, Brock was savvy with policy and lobbying, but actually knew little about business. But he had enough foresight to think that combining business skills with environmental values would be more impactful for this generation than having another lawyer in D.C. with an environmental mission. So I joined a strategy consulting firm, learned how to analyze markets and write business plans, and then I leveraged those skills working in venture capital.

And how did it feel having environmental sensibilities in a world where that wasn’t really valued?

Before “climate and impact investing” was a thing, I had a few other friends who were passionate about it. We would meet up in a pub, find ways to bring impact into our “day jobs” in mainstream finance and business. Back then, impact investing wasn’t even a term. You know, there were no headlines or even conferences on the topic.  Right? And to profess you had these views of combining finance with social or environmental mission would have got you laughed out of the office. I won’t say it would have got you fired out of your job, but it would have lost you credibility. Now, impact investing is, for lack of a better word, hot. It is bigger now than we ever imagined.

So you’ve seen the field evolve – can you talk about where you think it’s headed?

Well, there will be no “impact investing” 10 years from now – just “investing.” Right now, you have “clean energy investing” – that should just be “energy investing.” Right now, you have “women-led funds”; ten years from now, people will expect to have diverse teams and have gender balance. You [won’t] have a sustainability guy who just stands up and does this five-minute piece on it and then they ask him or her to sit down. It’ll be integrated through the entire process. So when we look at cash flows, you know, how do sustainability issues impact that? When we look at management teams, how do diversity issues impact that? Where it’s not a sidebar, not a trend. It’s integrated into everything you do.

Do you think there are sectors that don’t lend themselves as well to this kind of investing?

A lot of people used to point towards finance, right? Like, BlackRock, how can they be impactful? Actually, they can be extraordinarily impactful. They’re some of the biggest allocators of capital. I mean, when Larry Fink says, “I think climate is one of the primary issues” the CEO and the board, they will listen, and a lot of them will follow suit.

So I think just as Biden is treating climate as an all-government thing, I think climate is also an all-sector thing. It’s a team sport. It’s just not people creating new technologies at Stanford and MIT. It’s union workers who are learning how to service and build wind turbines. It’s about a farmer in rural Kansas that’s probably not a super blue state but thinking about: How can we do regenerative agriculture that stores carbon, that uses less water?

One thing I’ve kind of realized during my career – working in venture capital and understanding innovation, working in the White House and understanding government and policy, and then working in New York and working in hedge funds in Wall Street – is that each of these places think they are the center of the universe. And that their tool, whether that be finance, policy, or innovation, is the ultimate driver of change. In my mind, all of them are necessary, but not sufficient. You need to work them all together in a systems approach to really make change.

But one of the big issues around climate that pains me is that climate has been so politicized. Like, if you believe in climate, you’re a Democrat. If you don’t believe in it, you’re a Republican. The way I think about it, if you believe in climate, you want to keep our planet habitable. This is not about polar bears and glaciers. It’s about the polar vortex in Houston and millions of people not having access to clean water and not having power and burning furniture to stay warm.

But there’s a difference between retail politics and corporate action. So when a large oil major, whether that be an Exxon or a Chevron, is saying climate’s an issue, and that they want to be a low-emission company, that’s part of the solution, right? I think American majors are starting to say the right things.

How much do you think it is greenwashing versus an actual sense of enlightened self-interest?

You know, back when I was an environmental intern, a lot of people would characterize anything business as bad. But I worked most of my career in business. And people that work at a big company are still people. And there are people there who believe in climate; there are people who don’t. And I think it’s really about building bridges and not being, like, Oh, you’re a climate denier or not. It’s just trying to find shared goals and ways to work together and make an impact.

There is a good Silicon Valley [adage]: We always overestimate the change that will occur in the next five years and underestimate the change that will occur in the next ten. You can see that in the solar market, where solar used to be seen as a luxury, not cost-competitive – you know, something hippies want to do. Now, it’s the cheapest form of power generation. It’s growing leaps and bounds. Same thing for wind. They are now the most cost-competitive form of energy. I mean, Tesla redefined electric vehicles from being golf carts to being the best driving machine out there. And now one of the most valuable companies in the world, who’s single-handedly turned the entire global auto industry to getting EV-centric. And it’s not a trend. When you have major car manufacturers saying, By 2030, 2035, we will not have a non-EV car being sold, it’s not a trend. It’s just the new normal. It’s the future.

You described the impact investor as more Warren Buffett with his wind investments at MidAmerican than hippies with an MBA.

There is an enduring stereotype about environmentalists as the hippie tree huggers. But this is also a generational change. So the people who run investment committees now are usually boomers, maybe some Gen X people. And they, like I, were trained to think all environmental investing that had a sustainable tinge to it was concessionary. But the current generation, Gen Z, these people are sustainability-native. They get it. They get that sustainable investing is the future, and that that’s a way you’re going to build better companies and you’re going to get better returns.

What do you feel most hopeful about in the field – and what do you worry are impediments?

I think what I’m most hopeful about is actually Biden’s climate plan – his whole-government approach, his trillion ambitions, and clearly aligning climate with jobs.

And what I’m most fearful about is that the world does not come together to keep our planet habitable. The world, especially the U.S. and China, all have to come together to solve the climate crisis. And the bashing of any one country stops that ability to come together. To solve the climate crisis we need global partnership combined with leadership. It has to be like the Allies with D-Day, you know, man to the moon – squared, cubed, every year – to make it happen.

And how realistic do you think that is?

I think it’s easy to say the glass is half-empty and that this problem is too big and can’t be solved. But for me, climate solutions like EVs or renewables to climate change are inevitable. Already our collective efforts have moved our world from 4-5 degrees of change to about 2+ degrees. That is material. I think the question is: Can we do more? Will our solutions happen fast enough? I believe deeply in America’s, in the world’s, ability to innovate — to create green unicorns and swans. But we need to innovate at a scale and speed that will be historic.

Terra Alpha Voices highlights thought leaders who are doing important work around the world. This series, created in partnership with author and photographer KK Ottesen, seeks to shed light on the subjects’ diverse perspectives rather than their illustrious careers.