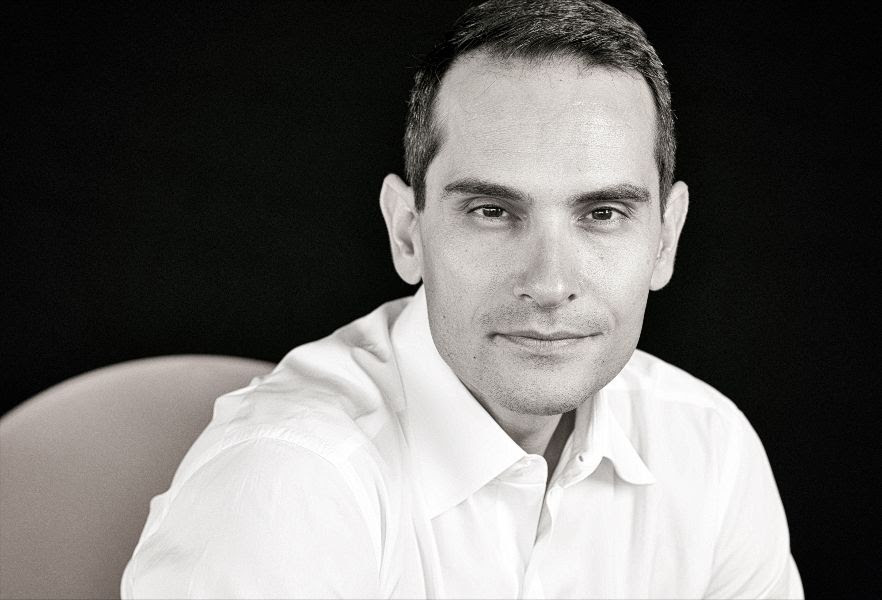 George Serafeim is a professor at Harvard Business School, where he co-leads the Impact-Weighted Accounts Project and the Climate and Sustainability Impact AI Lab. He has presented his research in over 60 countries around the world. His book “Purpose and Profit: How Business Can Lift Up the World” was published in August and explores the challenges and opportunities in building and sustaining profitable purpose-driven organizations that have a measurable positive impact on society. He is a member of Terra Alpha’s Advisory Board.

You’ve described your original training in finance and economics as narrow-minded in terms of the role of business in society. What eventually sparked your interest in ESG issues?

As I was starting my career as an academic, getting my Ph.D. and then becoming a professor at Harvard Business School, I had the hypothesis – I didn’t have any data, but I had a hypothesis – that many environmental, social, and governance issues were becoming more and more societally important. Such as climate change and water scarcity in specific areas, issues of diversity and inclusion, issues of employee health and safety, product impact on customers, business conduct, anti-corruption, and so forth. And were going to become more important from a business perspective, as well, increasingly affecting the competitiveness of businesses around the world.

My hypothesis was resting on the idea that, because of changes in technology, primarily, previously opaque things would start becoming increasingly transparent – with an iPhone, instantly you could take a picture and put it on Twitter and disseminate it. So the old idea that things would happen and then for years or for decades, nobody would know about them, would be less likely to happen in the future.

I also observe the preferences of hundreds, if not thousands, of young people every year: students. And I started observing how their own preferences have been changing over time from a labor market perspective. How for many of them issues of environmental and social impact were becoming important drivers of their own choices as talent – where they wanted to go and work.

So, for those reasons, I think that hypothesis, to a large extent, has proven right. That more and more businesses see that the way that they are impacting the environment and society more broadly is becoming a more important driver of their own success and competitiveness. And, as a result, they are trying to think about how they can measure, analyze, manage, and communicate performance on those dimensions in addition to the traditional financial performance.

And when did you begin to see that the hypothesis was proving true? What were the indications?

Traditionally, for most organizations, it was kind of like in the periphery of the organization. But increasingly, you would see that those responsibilities would be allocated to people who were more senior and closer to the business of the organization, as more investors were also starting to actively engage with companies and push them.

I would also say the other interesting thing in my mind was also that this was a global movement. This was not a U.S. thing. This was not a Scandinavian thing. This became a global movement. I gave talks in Singapore, Hong Kong, Japan, South Korea, in Latin America, South Africa, in many places in Europe, and so forth. And I saw that the same type of imperative was being created to actually be able to measure, analyze, prove, and communicate the impact that organizations are having on the environment and society. There were different paces and different ideas about what issues are more important in different countries and less important, but the same kind of idea was manifesting everywhere on the globe.

What was the big driver for that?

It’s hard to pinpoint one factor, right? It’s a combination. As I mentioned before, the global movement towards transparency and the fact that technology has enabled that is big factor. Another factor is young peoples’ changing preferences about what you expect from a business. The fact that you have really big issues, such as climate change and equality, that are becoming more and more visible is another. And then also a factor is the leadership of individual people that have made a real difference in their own operating environments in local contexts and have elevated the importance of those issues.

For example, ESG was just a non-issue, I would say, in Japan when I first gave talks. It was just not something that people would talk about in business. And Hiro Mizuno became the chief investment officer of the Global Pension Investment Fund in Japan, which is one of the biggest institutions, if not the biggest institution; it has more than 1.5 trillion. He really put that concept on the map in the country by using the GPIF as a mechanism to improve transparency across companies in terms of their environmental and social impacts and governance impacts. So, a few years later, you would go to Japan, and all the companies would actually have a way of discussing those things. They would have targets. They would have plans to improve their practices and so forth. You could easily see the cause and effect.

In your own work, as an academic, in finance, was it the kind of thing that people valued initially?

Nobody! [Laughs.] Initially, there was a lot of skepticism, I would say, around those issues. I don’t think this is specific only to sustainability or ESG – with every new field, there’s a higher bar, I would say. And as a result it was a little bit more difficult than it would be otherwise working on another more mainstream topic. You have more hurdles to jump or a bit more education to do when talking to people. So I would say it was definitely harder.

Did the reason you chose to pursue it anyway reflect values or exposure to some of these issues from growing up?

I observed, growing up in Athens, in Greece, how important that chain is from transparency to accountability to meritocracy. And, when you don’t have that chain, how you can get very bad outcomes for people. And that made me think that the same type of chain needs to be created when we’re thinking about global issues, environmental and social outcomes. And that motivated me, personally, to work in that area, given that I have skills and expertise when it comes to issues of measurement and accountability and transparency, governance, and so forth.

How do you talk with companies about finding real value – not just box-checking or greenwashing?

My belief is that investing with an emphasis on producing more positive outcomes or truly taking into account ESG issues is not a free lunch. To really be able to produce better financial and environmental and social outcomes, you need to work double-hard. Because it’s hard enough to produce good financial outcomes. It’s really hard to produce both. So I think the few firms that can do it are working double-hard, they are building capacities and expertise where other people are not willing to re-invent themselves and learn new things and so forth. And it’s hard. This is one of the key messages of the book, that, in many ways, that balancing act of purpose and profit is a very rewarding journey. But, at the same time, it’s a hard journey.

For most people, ESG issues are about risk monitoring, right? But for me, when I think about ESG, I tend to think about where the world is going, how the world has been transformed, and how an organization can provide products and services to satisfy needs that people have based on how the world is going to be transformed. So if we’re going to transform our economy towards a lower-carbon future or a future that can be more inclusive across all people, the question is: How can we provide products and services to enable other businesses or individuals to live lives that are lower-carbon? So how can you provide battery storage? How can you provide electrified mobility? How can you provide lower carbon food, right? All these kinds of things. So I tend to think about ESG as a way of basically coupling impact and the growth potential of the company. And, by providing more positive impact as the company is growing.

And do you have examples of this union of purpose and profit?

I have many. I’ll give you a very simple example. I don’t have the privilege of having my family close to me. So it’s really important to me that I am able to talk to them and do that in an affordable way. Forty years ago, I would have to call them for 10 seconds and hang up because I just couldn’t afford it, right? And even 20 years ago, it would be months, a year – more for most people – to be able to see them. And now I can do it for free all the time. Anytime. That is a huge social value that a company like Apple has created for me, right?

What do you find most exciting or inspiring to you about what’s coming up?

The imperative that we have to build a prosperous society that, at the same time, is a low-carbon society, is one of the biggest opportunities for innovation since the Industrial Revolution. Because almost everything has changed. The way that we transport ourselves has changed. The way that we build buildings is changed. And there is a tremendous amount of potential for entrepreneurship, innovation, and really unleashing the creative forces of business. And, for me, interacting with companies and entrepreneurs and investors that are investing in massively improving efficiency or in energy, for example, producing large improvements in the cost effectiveness of battery storage or producing big improvements in hydrogen or fusion and also in agriculture and improving soil degradation – all of those are, I think, massively exciting.

When you think about the time pressure to solve some of these climate issues, how optimistic are you that we can get there?

I think we are going to be able to produce a low-carbon economy. But politically and socially, we might not be able to do in a timeframe that would be consistent with the 1.5- or 2-degree scenarios. Because the world seems to have priorities that are not consistent. Although sometimes politicians might make pronouncements around those things, the actual policies and work on the ground don’t seem to be consistent with that.

What advice do you give people interested in having an impact?

I think for people that want to go into this area and have a strong sense of purpose throughout their career, they have more opportunity now than even 10 or 20 years ago to do that. There are more organizations one could join and have a career, more opportunities to become an entrepreneur, more opportunities to become an investor. And that is a fantastic thing. So my advice would be to really pursue it, and to surround yourself with people with a strong sense of collegiality and who you respect. People who challenge you and you can learn from but are not arrogant and feel that they know everything. Who are open-minded enough to understand that the world is changing.