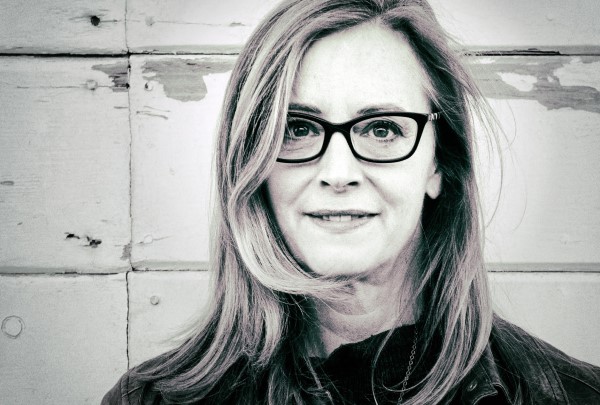 Dr. Jean Rogers is founder of the Sustainable Accounting Standards Board (SASB), for which she served as CEO and chair of the board. She is also an author, professor, INSEAD Society of Progress medal laureate, and member of Terra Alpha’s Advisory Board.

I’ve seen a photo of you wearing a moon suit – can you talk a little bit about that?

Yes. [Laughs.] So I was an environmental engineer in college. At the time, the EPA was funding Superfund, so I ended up becoming trained to do work at hazardous waste sites and radioactive waste sites. I was out there, wearing a moon suit, collecting samples to essentially measure and help manage the impacts of externalities – environmental pollution. Because for decades, companies’ waste was just considered something you could foist on someone else; that was the way that you maximized your profit.

But it really came home to roost when groundwater resources were being impacted. Silicon Valley has, still, so many active Superfund sites beneath it. The estimate is that it will take 700 years to clean up the groundwater – so we’ve irreparably damaged a natural resource. That really shook my worldview around what it meant to be a good company, what it meant to think long-term as a company.

Was it as an issue of people not recognizing what they were doing to the environment or not having sufficient incentive to clean up after themselves?

I don’t think that these companies were evil. I really don’t. I don’t think we fully understood the implications. In fact, there was a phrase at the time, and it sort of horrifies me now to think of it, but everyone would say, “dilution is the solution to pollution.” The atmosphere and our planet were sort of seen as having infinite capacity to absorb anything that we would put out there.

And no one was making these companies clean up; no one was making this a material condition for them. So [in founding SASB] I dedicated a decade to thinking about how we measure these impacts over a long-term horizon, industry by industry. Only 25% of our global carbon emissions are actually regulated. The other 75%, they’re emitted, they’re measured, we know what they are, but they’re not yet regulated. Which means they’re not financially material. But what is financially material? Hurricanes, wildfires, business continuity issues, supply chains that are disrupted, pharmaceutical companies in Puerto Rico when Hurricane Maria hits and they cannot get their medications and pharmaceuticals out to their buyers, their customers, for weeks, and then have to rebuild their plant, right? That is highly material.

There were 22 weather-related events last year with greater than a billion dollars in losses. From fires to hurricanes. Investors are aware of the financial repercussions from extreme weather events. And now the question is, Okay, what is it going to cost to do something about it?  Because it’s happening, and it’s expensive already.

How optimistic are you that we are on a path to change course, to head off disaster?

We used to have a problem called acid rain in the ‘80s and ‘90s. And it was causing devastation in the biosphere and in the ecosystem. We successfully worked across geopolitical boundaries and with industry to regulate and put the technology in place quickly to reduce acid rain. And it is actually no longer a problem. The point is we have banded together before – industry and public policy and technology – to quickly address a large-scale environmental problem. And it didn’t break the bank. You know, industry thrived, and the environment is better for it. So while climate is larger scale, and we’re late to the game, I think we have a perfect storm in the best possible sense of the good convergence of interests now between policy, companies, and investors, where we’re seeing the will to change.

We have the money to finance it as well. There’s more than $100 trillion now signed up to the UN Principles for Responsible Investment that say, we are committed to ESG investing and climate is top priority. And the last estimates I saw to solve climate change was around $50 trillion. So we have double the capital signed up to say we want to do this. So the question isn’t a matter of actual money to finance it. It’s the urgency and the will to deploy that capital quickly enough to bend the curve. And that is, I think, the race against the clock.

Back to the moon suit, how striking was it to you to have to be in that protective environment?

You know, my daughter has seen that little Polaroid picture of me in the moon suit and is sort of fascinated and horrified that it could be that bad that you had to wear a suit like that. But, I mean, we are not that far from that reality. And that is what motivates me to do everything that we can so that my daughter, god forbid, doesn’t have to live in a world where she has to wear a respirator outside or live in these very tightly conditioned environments where we lose our connection to the outside, literally sever it because it’s not safe anymore. And that is also what I love about Terra Alpha and how they’ve collected this group of just amazing science heroes who are at the forefront of thinking about the intersection of climate risk and investing and what we need to do to finance the future.