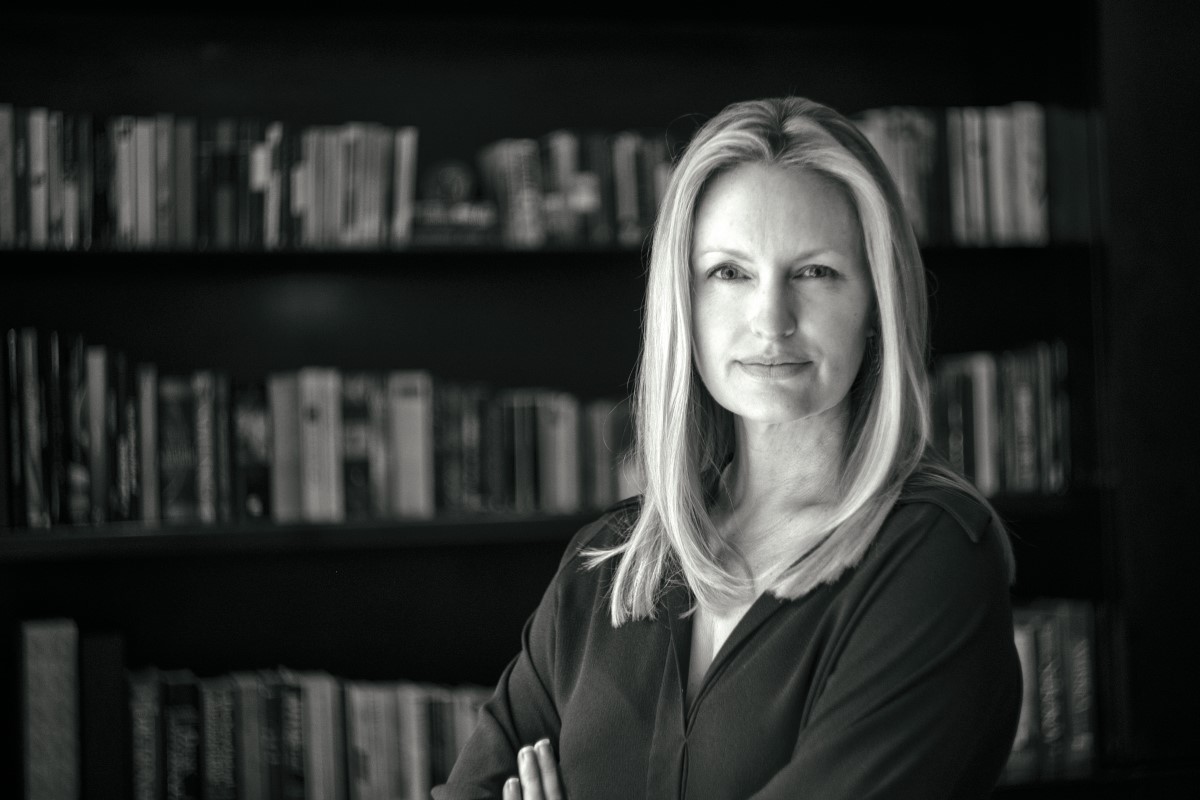 Kathryn Murdoch is president and, with her husband James Murdoch, co-founder of Quadrivium, a foundation supporting solutions to societal problems, including climate change and fostering healthy democracy in the US. She serves on the boards of Unite America, the Climate Leadership Council, and Climate Central, is a founding board member of SciLine, and a trustee of the Environmental Defense Fund.

When did you start focusing on climate as an issue?

I grew up in Oregon and people are very outdoorsy; being part of nature was part of growing up. But it wasn’t really until I started traveling that my environmental awareness got piqued. It was in Hong Kong that I had my daughter. And the environmental issues there are extremely stark. I started to understand, I guess, just how far some of these things can go. And through National Geographic, which was something that we owned at the time, I met Jane Goodall and worked with her organization a little bit there. And then, when we moved to London, “An Inconvenient Truth” came out – that was the first time I had seen all of those pieces put together. And seeing it all put together was an aha moment.

When you were doing the research in this period, trying to find solutions, do you remember when you first saw things and said, Okay, this is hopeful?

So I worked with the Clinton Climate Initiative. I joined the board of the Environmental Defense Fund –they’re very, very practical, focused on solutions. It’s scientists, economists, and lawyers – well, some Birkenstocks around – but they’re pretty data-oriented. A lot of the work that they do is around aligning environmental interests and solving market failures. And that really spoke to me. Because you could see that the power of markets applied correctly can have a real impact. Like a price on carbon is still very much a North Star for me. I don’t mind what form it takes – a carbon tax, a carbon rebate – really any of those things are excellent, if they’re designed correctly.

I eventually ran a conference at Oxford that was focused on food, water, and energy, and what the future of those things would look like. Unfortunately, climate became politicized, partly because it was Al Gore who really brought it to a lot of people’s attention. And what I found is that if you talked about food, water, and energy, it was not politicized. If you talked about climate, it was. You could even have the exact same conversation about what’s happening and what needs to happen. But using the term “climate change” was politically charged.

And how did you come to that realization or feel that one out?

Well, partly it’s personal experience. I have lots of, um, argument time on this. [laughs] And partly, it’s data-based. There’s been polling for years on climate attitudes and word choice and things like that.

So, we talked about natural resources, their finite nature, and what does that mean for an investor. And putting it in that way was helpful. We were able to get a lot of attention on the topic and a lot of CEOs thinking about sort of the beginnings of what we’re seeing now on: What are the responsibilities of companies? I think it was where we started to say, It’s not enough to just focus on this concept of shareholder value. You know, if you’re only designed for shareholder value, you can destroy all the other things that society cares about, right? That could be democracy. That could be the environment. That could be social structures, etc. And ultimately, businesses can’t survive if those underlying structures aren’t there. If we don’t have breathable air and clean water, those businesses are not going to thrive in that. If they don’t have democracy that’s functional, those businesses are not going to thrive in that. Right? Those are underlying things that we’ve always just taken for granted. It was a luxury situation of being able to focus on shareholder value as if that was the only thing that matters. When it’s so obvious that’s not the case. But that was the early days of impact investing and getting people to focus on: how do you really put value on externalities?

The mindset has changed quite a bit.

I definitely am very involved with the impact community now and that has changed. Certainly, there is a larger appetite for longer-term investing in the impact community. So, not looking to quarterly returns, but looking much further out. And I actually think, from watching my husband running a large company in the U.K., most CEOs would actually welcome the idea of not having to worry about quarterly returns. It’s very hard to run a business on quarterly. You should be thinking of the long-term health of the company and the society in which you operate.

And I think that for my husband and I, when we look at what we’re doing, I run the foundation, he runs the investment side. We look at, you know, what’s the future that we want, that we can help to create? And then, what’s the best tool to use? Is it a philanthropic tool? Is it an investment tool? Is it a political tool? What are the levers that you can pull that can get you to that outcome?

This ties in to the political work you’re doing focusing on healthy democracy as a necessary precursor, maybe, to the health of other issues, like climate.

Yeah, the politics has gotten very complicated. And it sounds completely counterintuitive and against everything we’ve been told, but if you look at big, hard issues in the United States, you have very, very strong agreement – things like immigration, Dreamers, common-sense gun control. And climate change is actually growing in agreement. There’s been a majority for a long time, but it’s growing. But there isn’t agreement at the political-leader level. Part of that is because of the way that our system works. That, if you have a two-party system with primaries that are party primaries, not open primaries, then the system forces candidates to be extreme, essentially. Extreme right or extreme left. The power move within the political world is to primary someone. And so the system, itself, is producing extreme candidates that don’t represent their constituents. And nobody’s happy with the choices. So we’ve been focused on trying to make structural changes that then allow the system to work.

So what needs to happen in terms of communications about the issues?

In climate, first of all, you have science doing a lot of the communicating. And many of them have not been trained to be communicators. That’s not what they do. They don’t necessarily express themselves in ways that a layperson understands easily. There’s also the issue of campaigns that were meant to sow doubt in the public’s mind about whether climate change was happening or not. To say, Well, science isn’t settled. There has also been a lot of misunderstanding of science and scientists and what motivates them. This sort of cynicism about information. That’s pernicious and has been extremely well-funded. And that’s hard to counter.

Your family is connected to Fox News – Newscorp. And in terms of the political side of things, the lucrative, partisan information, and the cynicism being seeded, Fox is often cited as part of the problem. I know you’ve described yourself as a radical centrist, how have you been able to walk this line?

It can be very difficult to walk those lines. But I think it does give me insight and perspective on where people are coming from. I am familiar with the arguments. I am familiar with the perspectives and the different worlds that people inhabit. [Laughs.] You know? But it’s also hard because – and I think this is true whether you’re talking about politicians or you’re talking about family – there’s a really big difference between the conversations you have in-person and the conversations that are had out in public. And I find that very frustrating that you can have a very reasonable conversation in private and then that same person can go out and sort of perform for a television camera. I think there is a lot of audience demand for that. And that’s true at both extremes, I guess. You know, and social media accentuates it. I feel like this is a transition period that we’re in, and that we are working our way through this as a society right now. And I hope that we figure it out pretty soon.

Do you have advice to live by?

I think having perspective on things. Because we always have this idea that we’re at the endpoint right now. And we’re not. My partner on a project is futurist Ari Wallach and he has this whole concept about how to become a good ancestor. You know, really thinking far out. I think that makes you think differently. Maybe it makes you act differently.

You’re investing in a lot of different areas trying to get to, as you say, root causes. If there’s something you could make happen right now, what would it be?

I would say structural change in the political system, which would free up people to do what they know is right, as opposed to what they need to do to get elected. That, I think, would really change incentives. Because there is a lot of agreement. But it’s just a political stalemate right now. So change there, is change everywhere.

And on the climate side, most of the solutions suggesting very small, individual actions, just don’t have a chance of adding up. But systems change is difficult but doable. If we could put a price on carbon – provided it’s designed correctly – it unlocks the innovation. It forces the transition. It makes everything happen at a pace that’s appropriate to the scale of the problem.