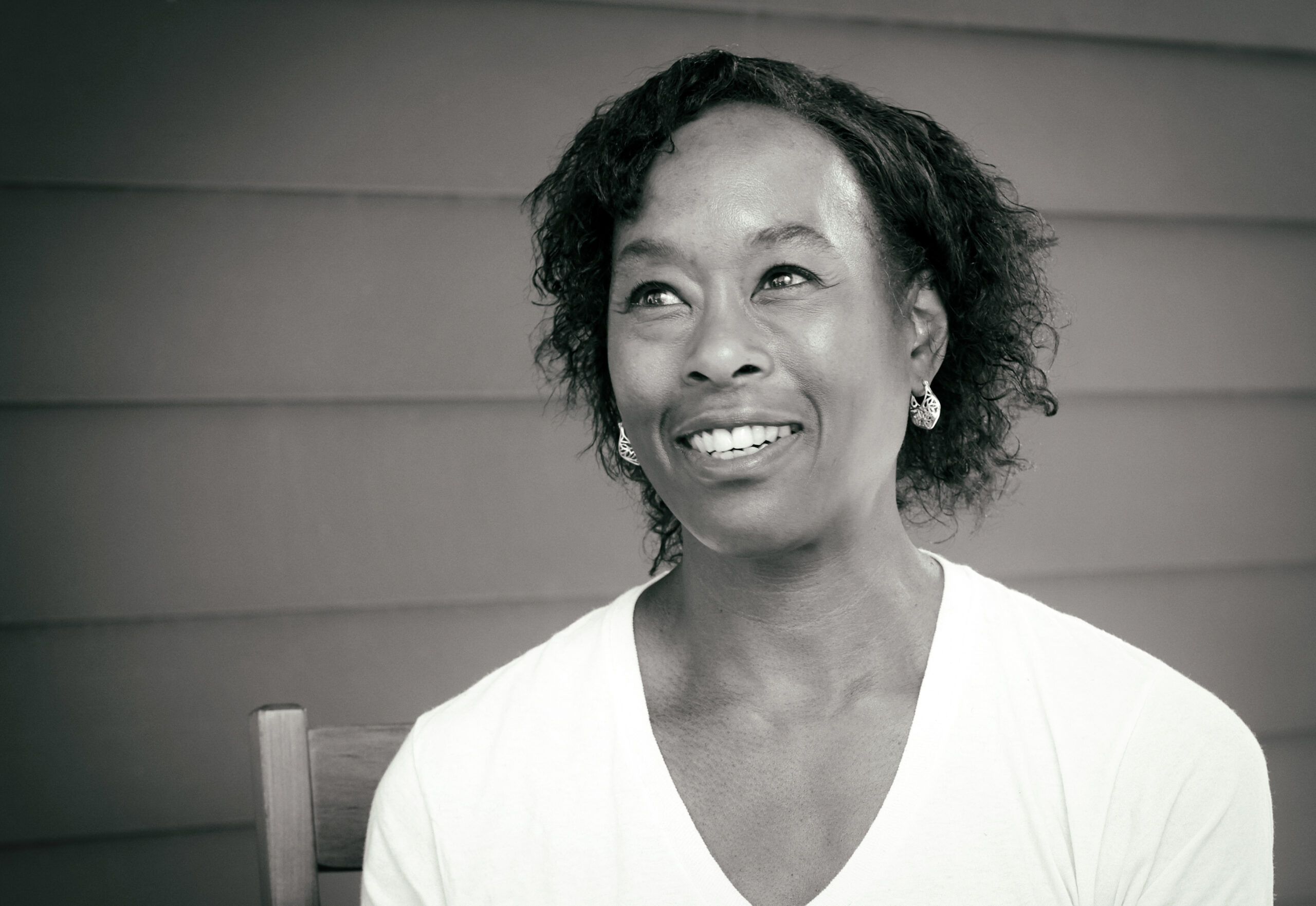 Margot Lee Shetterly is a writer and the author of the best-selling book, “Hidden Figures: The American Dream and the Untold Story of the Black Women Mathematicians Who Helped Win the Space Race,” from which a major motion picture of the same name was adapted. She previously worked in investment banking and media start-ups in the US and in Mexico, where she and her husband, also a writer, lived for 11 years. She joined the advisory board of Terra Alpha in 2017.

Can you talk about where you grew up – because that ended up playing a significant role in what you went on to do, including your work on “Hidden Figures.”

So I grew up in Hampton, Virginia. My dad worked at NASA. He’s retired now. He was an atmospheric research scientist. The military industrial complex, as we call it, was very much an influence in Hampton Roads. So a lot of the people I grew up with, their parents were military, or they worked for the federal government, NASA jobs. So science and math and all of that were always very, very important from an early age. It was also very diverse. Hampton Roads has always had a longstanding Black population. But also a number of Asian people who had come also related to the military, post-Vietnam War. And a lot of economic diversity. Looking back on it, I feel extremely grateful for that particular kind of upbringing.

I think I read that the idea for “Hidden Figures” came from your Sunday school teacher.

Yeah, she had worked as a “computer” at NASA. But, you know, as you’re growing up you don’t even think about that. It goes into the background. You’re, like, Oh, well, everybody works for NASA. What’s the big deal? I didn’t know the story and the history of these women and the idea that the long history of aeronautics actually was kind of born in Hampton and Hampton Roads area.

It was my husband’s fresh eyes that kind of got me to see that. We were living in Mexico and had come back for Christmas to visit my parents. We’d gone to church and my dad was talking about this Sunday school teacher, Mrs. Land, who we had just seen. And that sort of sparked this conversation about her having worked at NASA and all of these women, like Katherine Johnson. My husband was, like, “Oh my god. I can’t believe this.” So there are these moments when you look with fresh eyes at something you’ve taken for granted your entire life, like, Maybe it is kind of a big deal.

And it was really this book that helped me understand the power of story. To understand how stories change the way people see things, change the way people see themselves, change the way we think about different things, about our country. That was an extremely valuable part of “Hidden Figures” for me. Because I had not really valued history as a discipline, as an interest, as something that could be powerful. I thought of history as something you leave in the past and move on and progress from.

Earlier in your career, you worked on Wall Street. Where did the focus on business come from?

I have to say, I was the person who, when I was 9 years old, told my parents, “I’m going to go work on Wall Street,” which is kind of crazy. [Laughs.] I was like, Business is the thing, business transforms communities and is the way to social mobility. This very kind of ’80s and ’90s way of looking at things.

Were there stories about business that captured your imagination and set you on that path?

There was a book called “The Westing Game.” It’s one of these books like “A Wrinkle in Time” that is so smart and so funny and layered that it never talks down to you as a 9- or 10-year old, right? And there’s this character in the book, she’s 12 or 13 years old, and she’s kind of got this chip on her shoulder because she’s precocious and smart and wants to be treated like an adult. And I related to that, right? Anyway, one of the subplots is this girl figuring out how to make money in the stock market. And for some reason the idea captivated me.

So I remember going to the library in Hampton, Virginia – I was, like, 9 or 10 years old – and checking out books on the stock market, and the librarian very patronizingly saying, “Sometimes people want us to check out books for them, and we shouldn’t do that.” But they were for me. And I remember feeling so awful. Just sort of embarrassed and didn’t know what to say. You know, the exceptional librarian might have been like, “Hey, you’re interested in this. Wow! Tell me more about it.” But she was like, Obviously, this is not for you; somebody is getting you to check these books out. But, you know what? I learned about the stock market. And I was, like, that’s what I’m going to do. And that’s what I did.

I was the person who believed in the power of Wall Street and markets and investments. But always with an understanding of the limits and downsides and complications. That, taken to their extreme, you run up against limited and depleting resources. You know, in the United States if you have a desire, the distance between your wish and the market’s command is zero. It’s just immediate satisfaction. Like, Oh, I want a pair of red shoes, I’m going to just go to the internet and find the perfect pair of red shoes. And they show up in a package.

Living in Oaxaca [Mexico], I remember so vividly turning on the shower during the dry season, and no water came out. Because our house had run out of water. And then you have to pay for a water truck to come and pipe the water in as if it were oil or something. And to get used to that and to saying, okay, we’re not going to flush the toilet because we don’t want to waste the water. In a way that probably people in California have lived with for a very long time, but it really brings it home to you. Having lived like that, you understand that it will come back to us. And this was something that the rich people in Mexico had to deal with as well, though not as much, obviously. In the United States, we still have a buffer, but it’s coming closer.

Like, how many more days do you have to run your air conditioner to prevent from sweltering in the summer? How many more days do you have to water your garden as opposed to having the rain? And what can you do about those things? I feel like the decisions that are occasioned by these changes have been very far out. And like once they start coming close in, they will come very quickly. We have to be ready to suffer a little more, because we will. And to try to innovate a little more. By our human nature we will, I guess, right? Under duress, we do tend to come up with solutions. But it would be better to have solutions based on better options as opposed to solutions based on inferior options, which, the longer we let it go, the worse our options will be.

Do you have advice that you try to live by?

And that humility of knowing that you really don’t know things is super important. One of the most compelling traits of Americans is this confidence and certainty: Hey, we’re right. That is one of the things that propels America, this sort of driving futurism, I guess. But uncertainty is also a really good thing. Understanding that you really don’t know. But you’ve got to do your best and to choose. And that could be a strength in addition to being a vulnerability. Because collectively the costs are really high of us assuming that we know and then being wrong.

We don’t know what’s going to happen 50 years from now any more than the people 50 years ago really knew with certainty where we would be today. And yet, you want to say to yourself, what can I do today such that, 50 years from now, if I am fortunate enough to still be here, or my son and the rest of the people around are looking back, what are they going to wish that we had done at this moment.